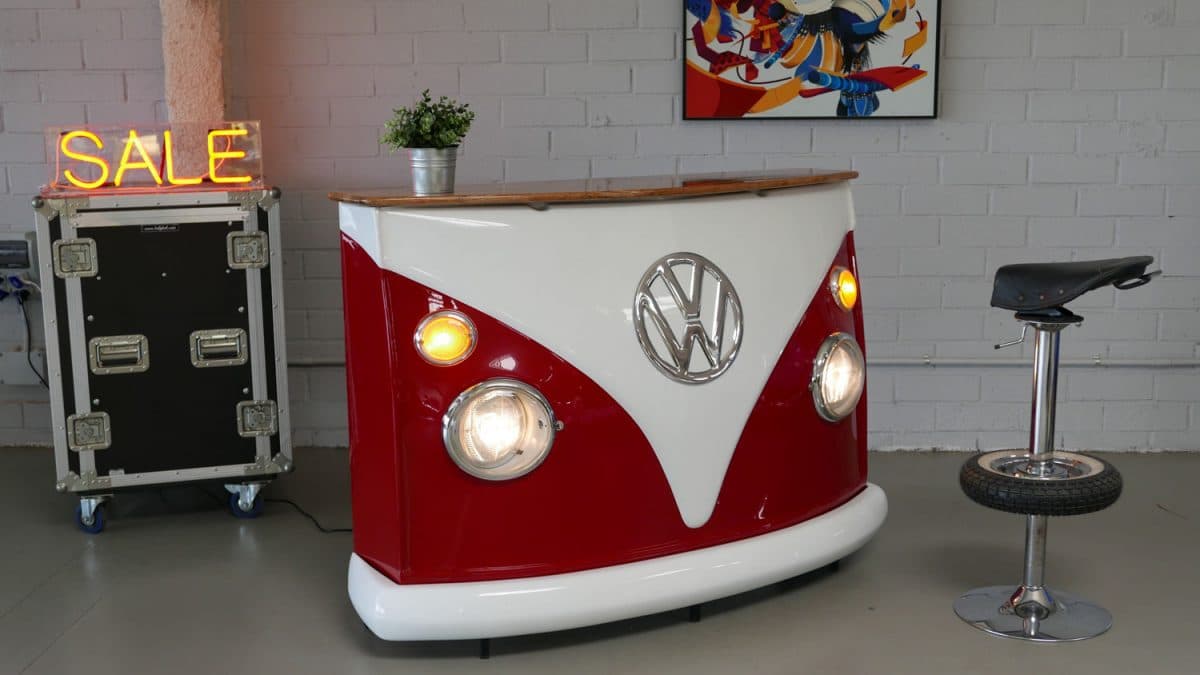 Not many cars represent the spirit of an era in the collective imagination. GM in the US, Ferrari, Porsche and Mercedes in Europe… or SEAT in Spain are just some of the brands responsible for creating icons of the car industry. On the other hand, when we speak of vans, we can easily say there is only one: the iconic Volkswagen Bus. Also known as the T1, Bulli, Kombi or Transporter, this van of the 1960’s became a worldwide symbol of the hippie movement and remains to this day as an icon of that era.

The responsible for this large-scale phenomena was Ben Pon, importer of Volkswagen. During one of his visits to the Wolfsburg factory in 1947, this Dutch fell in love with a vehicle that was used by the factory workers to transport the heaviest pieces around the factory sections. Originally built from a Volkswagen Beetle (Type 1), by the workers in the factory, that invention inspired Pon, who took out his notebook and sketched the first design of what would become the most charismatic van in the planet.

Two years later, Heinrich Nordhoff, director of the Factory, presented four different variations for the Transporter collection. The polyvalent van entered into production at the beginning of 1950 and began selling at a very reasonable price. Demand quickly skyrocketed and since then more tan 12 million vans have been sold around the world.

At Bel&Bel, we pay homage to this charming van with our own VW T1 Truck Bar. It is a very decorative piece with a great deal of emotional charge. With a very defined designed, such as the van it is inspired on, the VW T1 Truck bar is mostly made from a replacement plate, although we can also create it in fiber. The counter top is made with high-quality hardwood and is treated with a layer of epoxy varnish that gives it strength and durability.

The color way of our first VW T1 Truck Bar is inspired on the original van: red and white, although as a personalization option clients can choose the colors they want. The first point of attraction of the Truck Bar is obviously the lights, which use the original headlight casings and LED bulbs for more efficiency. We also used the front bumper, and the original chromed pieces and logos, which make of this piece a dream-come-true for all the fans of this iconic van, whichever version it is they love the most.

The interior is also completely customizable. Among other options, the space can be divided into wooden compartments as well as the possibility of adding a sound system, a small fridge and even a beer faucet with all the mechanism included. The VW T1 Truck Bar, as most of our pieces, is only made to order, and we make each one in a completely artisanal way.

This piece, so special as it is, is perfect to create a space of good vibes whether it is in your business or your home. Wherever it is, the ‘cool’ factor is assured. 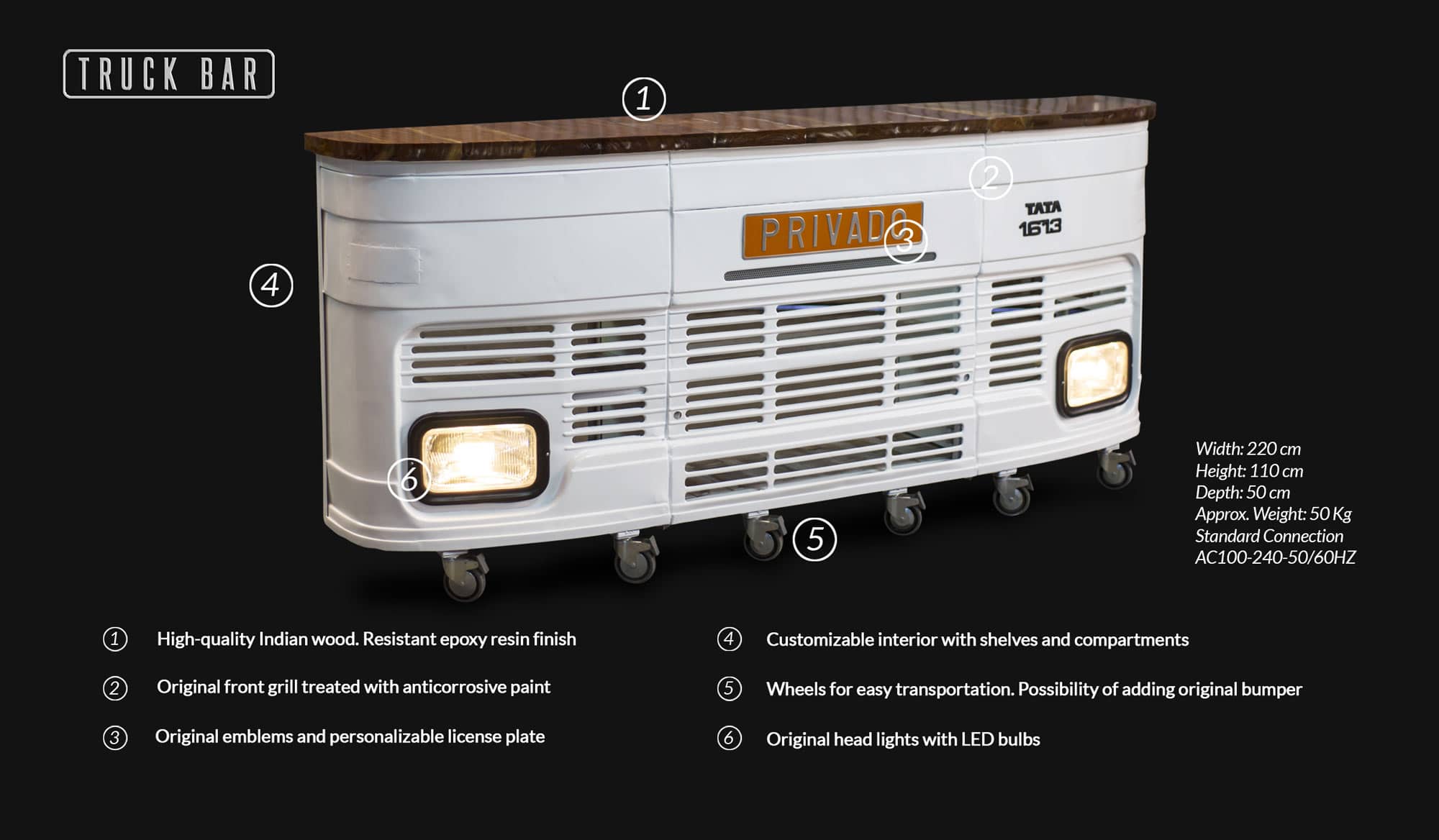